Development of the Cerebellar

The cerebellum, with its highly geometric cytoarchitecture, is one of the brain structures that we analyzed most intensely over a period from the early 60s to the middle 90s.  We studied its normal development with 3H-thymidine autoradiography.  We used light microscopy and electron microscopy to study its development during prenatal and postnatal suckling period (birth to P21).  The same techniques were used to study the disorganized cerebellum after various exposures to postnatal X-irradiation.  We studied behavior in the cerebellar X-irradiated animals.  All of these studies culminated in our ability to explain how the normal cytoarchitecture of the cerebellar cortex arises during its postnatal development. 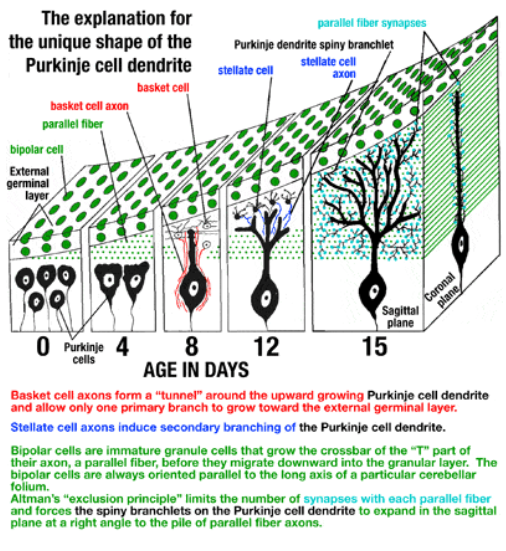 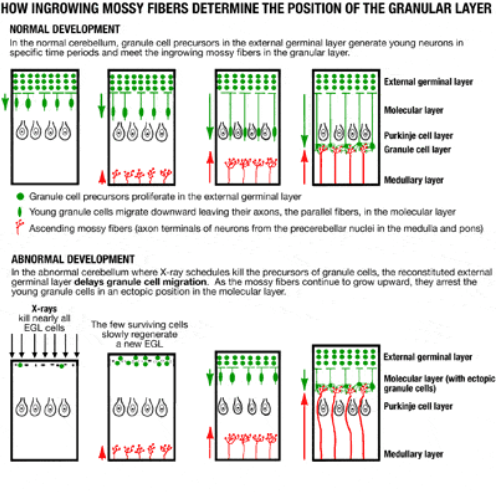 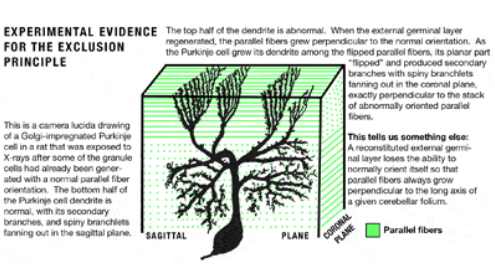 Embryonic Development of the
Cerebellum and Precerebellar System